The full-text pdf copies of all University PhD dissertations published since mid-1996 are now available free online to on-campus users.

All users can order any of the University dissertations for a fee by using the “Order” link on the citations below or on the abstract pages to which they link. Additional pre-1996 dissertations will be available for free to on-campus users in the future.

For the first time, the influences of Transcendental MeditationŒ (TM), Type A/B behavior, and acute mental states upon immune function were investigated. Venous blood of 24 healthy businessmen (32 ± 8.2 yrs) was sampled during two 5 minute sessions of oral math separated by three 20 minute sessions of sitting rest (eyes-open; eyes-closed or TM; and eyes-open). As expected, a significant suppression of phytohemagglutinen (PHA)-induced lymphocyte transformation occured during periods of mental distress compared to preceding baselines (p =.006, p =.01, Wilcoxon signed-ranks). After 20 minutes of rest following Math-1, the PHA response level of the 24 subjects increased, p =.04. With baseline values as the only significant covariate, a repeated-measures analysis of covariance showed the PHA responses changed across trials F(4,80) = 3.40, p =.02 and interacted with the Type A/B group F(4,80) = 3.00, p =.02, but not the TM/Nonmeditating group F(1,19) = 1.49. For all Type A subjects, PHA values during rest correlated negatively with prolactin (p =.04) and with norepinephrine (p =.05) and during math for norepinephrine (p =.03). Total white blood cell counts changed significantly across trials F(4,52) = 4.40, p =.004.

TM subjects, identified as Type A by structured interview, manifested PHA response patterns to math and rest similar to Type B’s. This “Type B profile of immunoreactivity” was distinct from the pattern of immunosuppression associated with Type A behavior displayed by nonmeditating Type A’s F(4,80) = 2.69, p =.04. Other research has reported similar manifestation of Type B physiological responses by TM-Type As. Taken together, the results imply that TM subjects can display the achievement- oriented behavior patterns characteristic of Type A without manifesting the stress-induced physiological reactivity patterns associated with Type A which may have adverse effects.

The findings that changes in mental activity during math distress and rest produced significant acute changes in lymphocyte reactivity to PHA which differed according to Type A or Type B behavior support research in psychoneuroimmunology that mental processes and behavior may influence immune consequences of stress. The finding that longterm practitioners of TM could simultaneously be Type A, behaviorally, yet display the Type B pattern of lymphocyte transformation across trials suggests that consciousness also modifies immunoreactivity to stressors. Source: DAI, 50, no. 10B, (1989): 4806

Effects of task condition on the relationship of EEG coherence and full scale IQ in children.

EEG coherence (COH) is a quantitative comparison of the waveshape between spatially distinct EEG signals, and is thought to indicate the number and strength of cortical connections. Thatcher et al. (1983) found a robust negative correlation between COH during eyes-closed (EC) rest and full scale IQ in 191 children. In contrast, Orme-Johnson et al. (1982) reported a positive correlation in frontal leads between COH during practice of the Transcendental MeditationÂ (TM) technique and verbal IQ in 47 adults. This study attempted to reconcile these findings and to further clarify the functional significance of COH by testing COH-IQ correlations across a dynamic range of brain states.

The Wechsler Intelligence Scale for Children-Revised and a test for handedness were administered to 24 female and 24 male right- handed normal children. Seventy-two seconds of EEG data were recorded from 16 monopolar leads in four frequency bands during three task conditions, EC rest, a mental arithmetic task, and TM practice. COH was computed for 10 intrahemispheric and 7 interhemispheric lead combinations. Polynomial regression analyses (BMDP 5R) of full scale IQ regressed on each of the COH variables demonstrated significant negative COH-IQ correlations in posterior scalp locations in all frequency bands in EC, and the negative correlatons held up across the three task conditions. However, a consistent trend toward positive COH-IQ correlations was found in anterior leads. Multiple analyses of covariance (BMDP 4V) found significant differences between anterior and posterior COH-IQ correlations for interhemispheric lead pairs in delta and theta frequencies in all task conditions.

The negative COH-IQ correlations in posterior leads replicated previous findings in children, and was consistent across a range of mental activation. In contrast, the significant positive frontal COH-IQ correlation suggests that the functional significance of COH may depend upon scalp location, with frontal COH being distinct from posterior regions. These findings also suggest that TM practice produces measurable changes in the functional activity of frontal areas of the brain, which was consistent with reports of greater emotional stability in TM practitioners. Source: DAI, 49, no. 08B, (1988): 3032

The aim of this thesis was to investigate the acute autonomic effects of the Transcendental Meditationå Program (TM) and resolve the conflict arising from discrepant neurochemical and psychophysiological data. Three experimental investigations were performed.

The second investigated respiratory sinus arrhythmia (an indirect measure of cardiac Parasympathetic Nervous System tone), and skin resistance (a measure of Sympathetic Nervous System tone) during periods of spontaneous respiratory apneusis, a phenomenon occurring during TM that is known to mark the subjective experience of “transcending”. No detectable changes in heart rate or phasic skin resistance were seen at these times.

These results support the conclusions that the long-term practice of the TM and TMSP is associated with a down regulation of the Beta sub 2 AR on peripheral blood lymphocytes, and that during the acute experience of transcending both divisions of the Autonomic Nervous System are attenuated. The results also provide preliminary evidence to support the hypothesis that TM is associated with acutely reduced hypothalamic and peripheral serotonergic activity. Source: DAI, 50, no. 08B, (1989): 3330

Changes in respiratory patterns and control during the practice of the Transcendental MeditationŒ technique.

Studies show a drop in metabolic rate (MR) possibly causing a decrease in frequency of breathing (f) and respiratory suspensions (RS) with Transcendental Meditation (TM). Some argue these changes are no greater than those in controls while relaxing. Eighty-four meditators and ten non-meditating controls were tested, some repeatedly, for a number of respiratory variables in a four stage experiment. The first stage examined the meditators for f, end-tidal CO(sub 2) concentrations, and time to onset of breathing changes during TM. Three respiratory patterns appeared: no change in f (Group 1), a large decrease in f (Group 2), and subjects with frequent RS (Group 3). Patterns of respiration were consistent over as many as 7 trials. Group 3 subjects demonstrated a 4 mmHg increase in end-tidal CO(sub 2). Patterns occurred within 3 seconds of cue to begin TM.

In Stage 2 there were no differences in MR between the three groups or between the controls while relaxing and the meditators. MR decreased for all groups even further upon lying down. The respiratory quotient dropped for meditators but not for controls.

In Stage 3 spirometry experiments showed there was a decrease in alveolor ventilation over oxygen consumption for the meditators, producing hypoventilation. Apneusis occurred during suspensions for Group 3 subjects.

In Stage 4 a Group 3 subject showed decreased sensitivity to arterial CO(sub 2) concentrations and increased sensitivity to arterial O(sub 2) concentrations. Arterial O(sub 2) values, measured with an ear oximeter, decreased equally during RS and voluntary breath holds. The subjects with the greatest change in breathing pattern were most alert during meditation, had meditated the greatest number of years, and had the best self- reported experiences during and outside of meditation.

The conclusion was that the drop in MR during TM is probably a consequence of muscular relaxation. Furthermore, the drop in MR does not cause the changes in breathing. Instead, TM invokes a neural mechanism, associated with a change in state of consciousness producing changes in f, RS, hypoventilation, a decrease in RQ and changes in sensitivity to blood gasses. Findings are consistent with a state of restful alertness. Source: DAI, 47, no. 10B, (1986): 4337

Two models of the relationship between behavior and brain activity were tested. The first model was a physiological one, the mechanism which mediates odor recognition in rabbits. The question under test was whether a similar mechanism is functional in mediating visual-motor task performance in man. The signature of the mechanism in operation is a “burst” of high frequency (20 – 80 Hz) extracellular electrical activity. Therefore scalp EEG bursts were identified in the interval between stimulus and response during visual RT tasks. To facilitate burst identification, a signal enhancement technique was developed and tested. Findings indicated that the technique reduced background activity while retaining physiologically significant information, substantially promoting accurate measurement of burst parameters.

Relationships were then sought between burst parameters and task performance. Results supported the hypothesis, indicating that (1) muscle artifacts were not the primary source of the observed signals, (2) RT performance was at least partially mediated by burst-producing tissue, and (3) burst activity changed with arousal and with changes in performance indicating changes in attention and learning.

The second model was a heuristic one, a mathematical analogue of Spearman’s psychometric model of general intelligence, g. Spearman’s g is a composite metric derived from batteries of tests. It has been studied for its relationship to RT performance as well as in the more controversial assessment of over-all capabilities and prediction of long-term success. The computation of g was generalized to allow the use of complex-valued “test” scores, computed from EEG data for each RT trial. Properties of the EEG scores were subjected to tests analogous to those which have revealed the properties of g. Results only partially supported the hypothesis. One of the measures, as hypothesized, was highly stable between sessions and between frequencies. However, no significant relationship was found with task performance.

Key contributions from this work include (a) development and demonstration of a powerful general purpose signal enhancement technique and (b) demonstration of relationships between high frequency (20 – 150 Hz) EEG measures and visual-motor task performance.

Cardiovascular and adrenergic reactivity and beta-adrenergic receptor sensitivity in practitioners of the Transcendental Meditation program and type A behavior.

Forty two males, mean age 32.5 (aged 20-48, 21 practicing the TM program and 21 non-meditating controls) were rated by the Structured Interview for Type A behavior pattern. The experiment consisted of a 30-minute baseline followed by: 5 minutes of mental arithmetic, 20 minutes of TM or relaxation, 5 minutes of a second mental arithmetic, and a 4-minute isometric hand grip at 30% maximum voluntary contraction. A 20-minute rest period separated each intervention period.

Twenty-four subjects were each presented 240 randomized trials of a lexical decision task (LDT) while connected to a 16-electrode EEG montage. EEG data were acquired for two seconds prior to the onset of each LDT trial. The LDT trial consisted of a fixation asterisk, a prime letter string, a pattern mask, and a target letter string. Following the lexical decision, the subject gave a verbal report identifying the prime as word or neutral and a number estimate of the confidence of that report. EEG alpha coherence, alpha power, and 3-30 Hz wide- band power from five different combinations of EEG electrodes were used to predict semantic effects in the LDT trials. Results showed significantly different relationships between coherence and semantic effects depending upon prime duration and prime- target relatedness. High pretrial coherence in the right hemisphere was correlated with greater processing efficiency in slow, related-prime trials. High pretrial coherence in the left hemisphere was correlated with greater prime identification accuracy in slow-prime trials; although for fast-prime trials, interhemispheric coherence was inversely correlated with prime identification accuracy. A model of the relationship between coherence and neural information processing is discussed. Source: DAI, 49, no. 09B, (1988): 3610 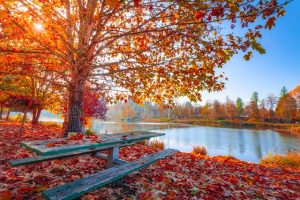 Photo by Jacob Colvin from Pexels